skip to main | skip to sidebar

Recorded a couple of years ago at the INTERLACE concert series at Goldsmiths College in London, The Fog is a great showcae of Lexer's and Kasyansky's duo performances.
Albeit a short piece, it doesn't lack in intensity nor inventiveness, in fact, it's a very rich and dynamic performance.
Grundik's tape manipulations and electronics reveal a detailed attention to the placing and harmony of sounds,while also creating a tapestry of textures throughout, often foccused on the extremities of the frequency spectrum.
Add to this, Lexer's self-developed software and electroacoustic system, piano+, responsible for  manipulating the piano's resonant properties as well as accentuating it's percutive elements, allied with massive low end tones and metallic scraping sounds.
Through the interwining of their languages, the pair of musicians, develop a structure that seems to be made up of moments, be them long or shot ,extremely loud or very silent, that apparently build up to a climax that never occurs.
Thus creating a dense labyrinth of sound, so that one feels to be amidst of a thick and icy fog.

The artwork was done by portuguese artist Ana Martins, made up of 150 different compositions of dyed virgin wool secluded inside boxes of sculpted glass each with a different drawing made on it.

to order these records please
visit our online catalog here 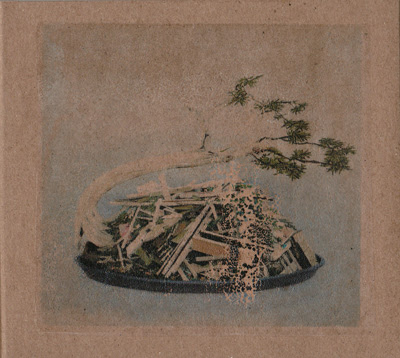 Dromos
Dromos Records is foremost a space open to cross-functional interaction and communion between artists.Making use of DIY strategies, we try to be not only a distribution method but also a point of merging and exposure, giving voice to artists that perform on the margins and at the same time establish a strong relationship between music and plastic arts. Dromos Records is run as a non-profit principle. All proceeds go directly to the artists, subsequent releases or to the funding of label activities such as providing opportunities for musicians and plastic artists to collaborate, perform, record and publish their works.